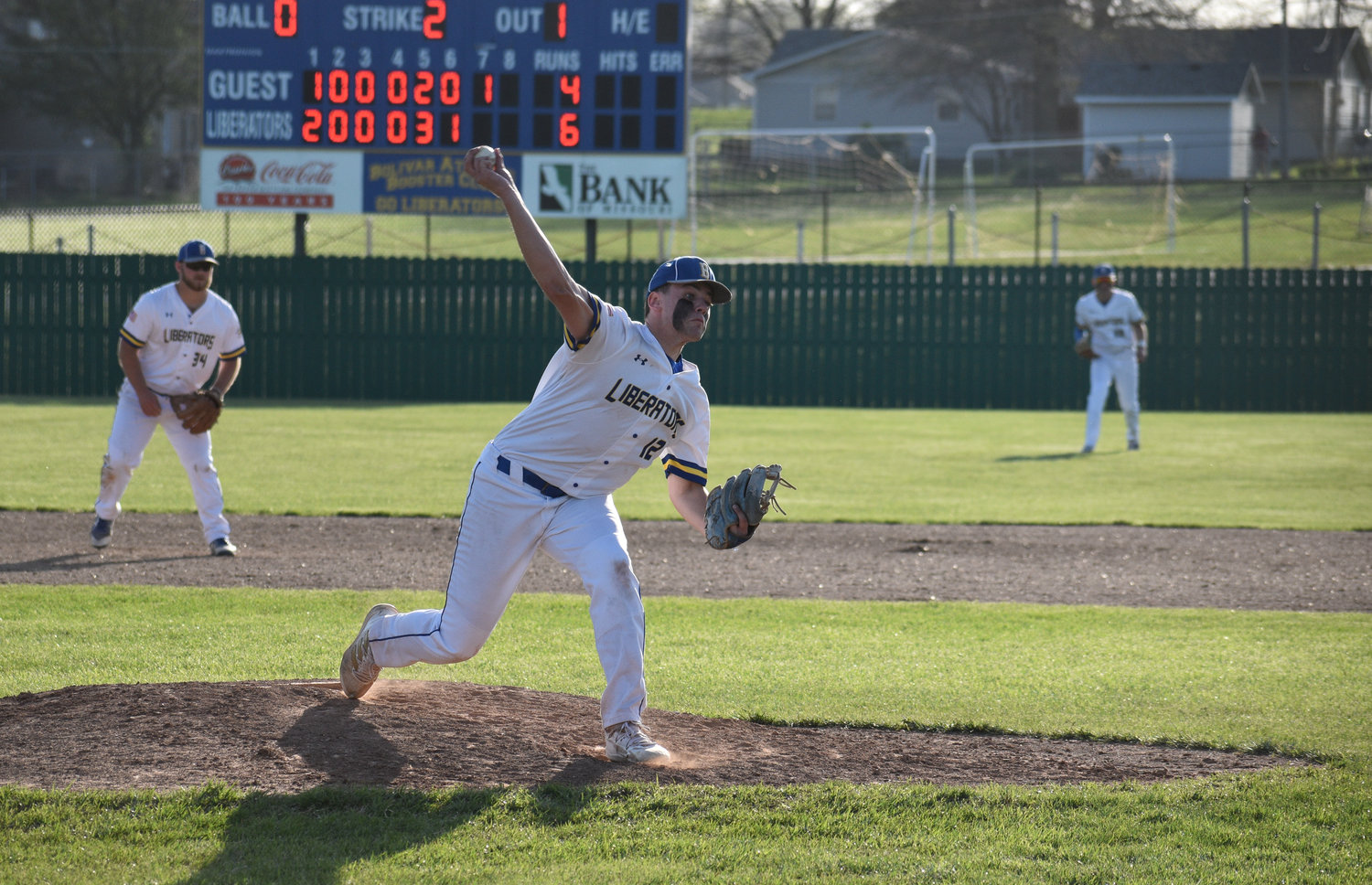 Pitcher Cooper Cribbs fires a pitch toward home plate in the top of the 7th inning.
STAFF PHOTO/JILL WAY 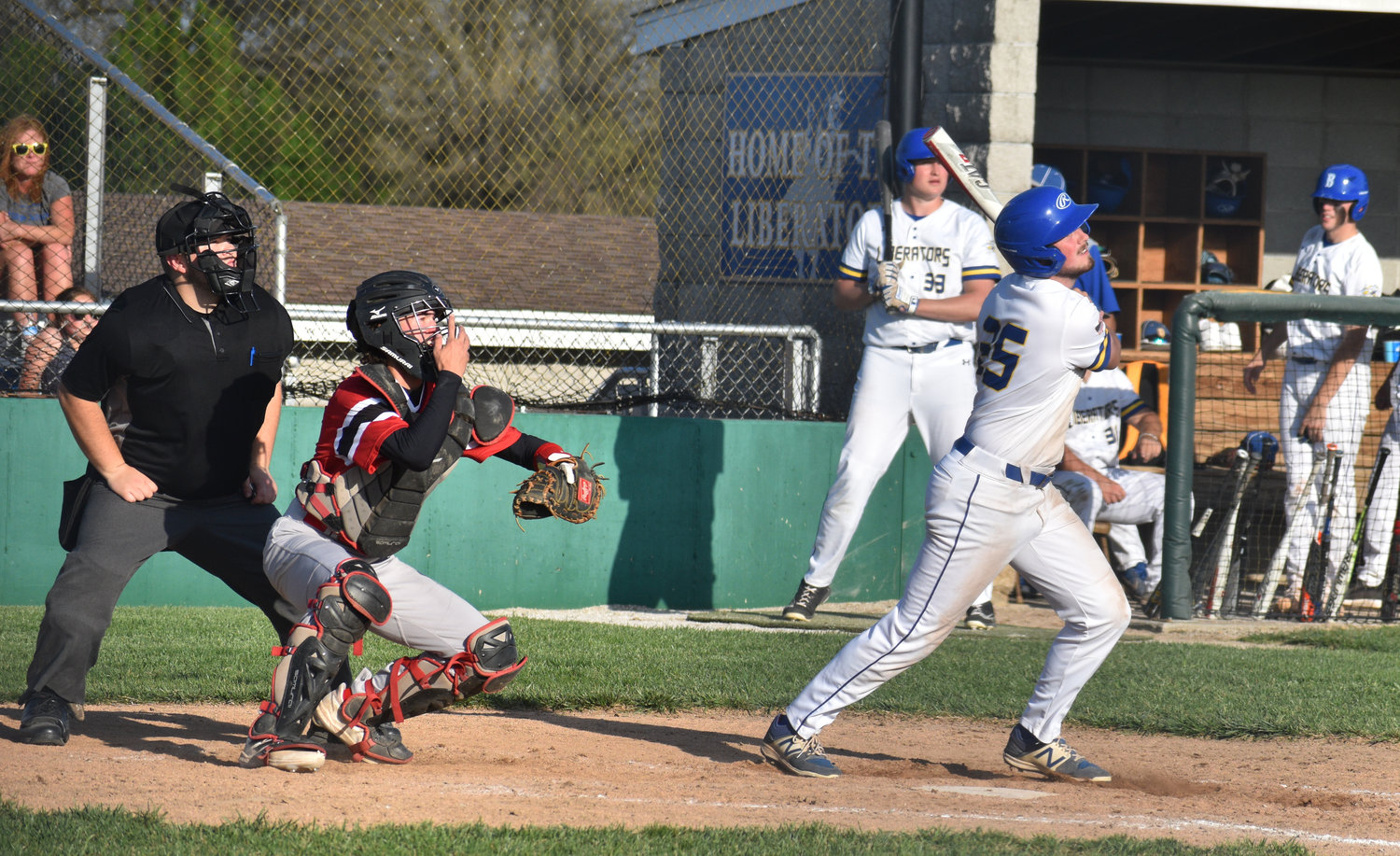 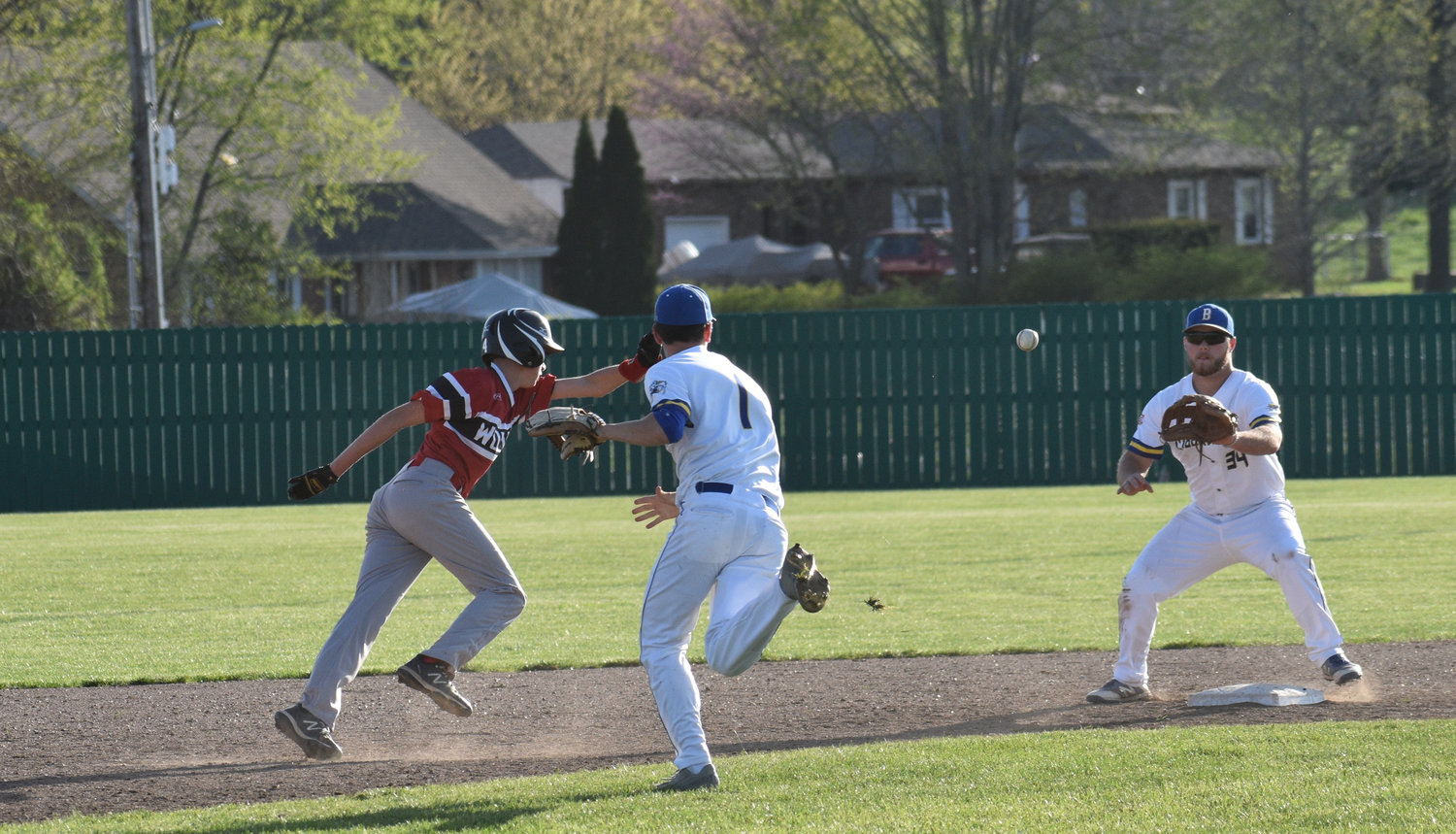 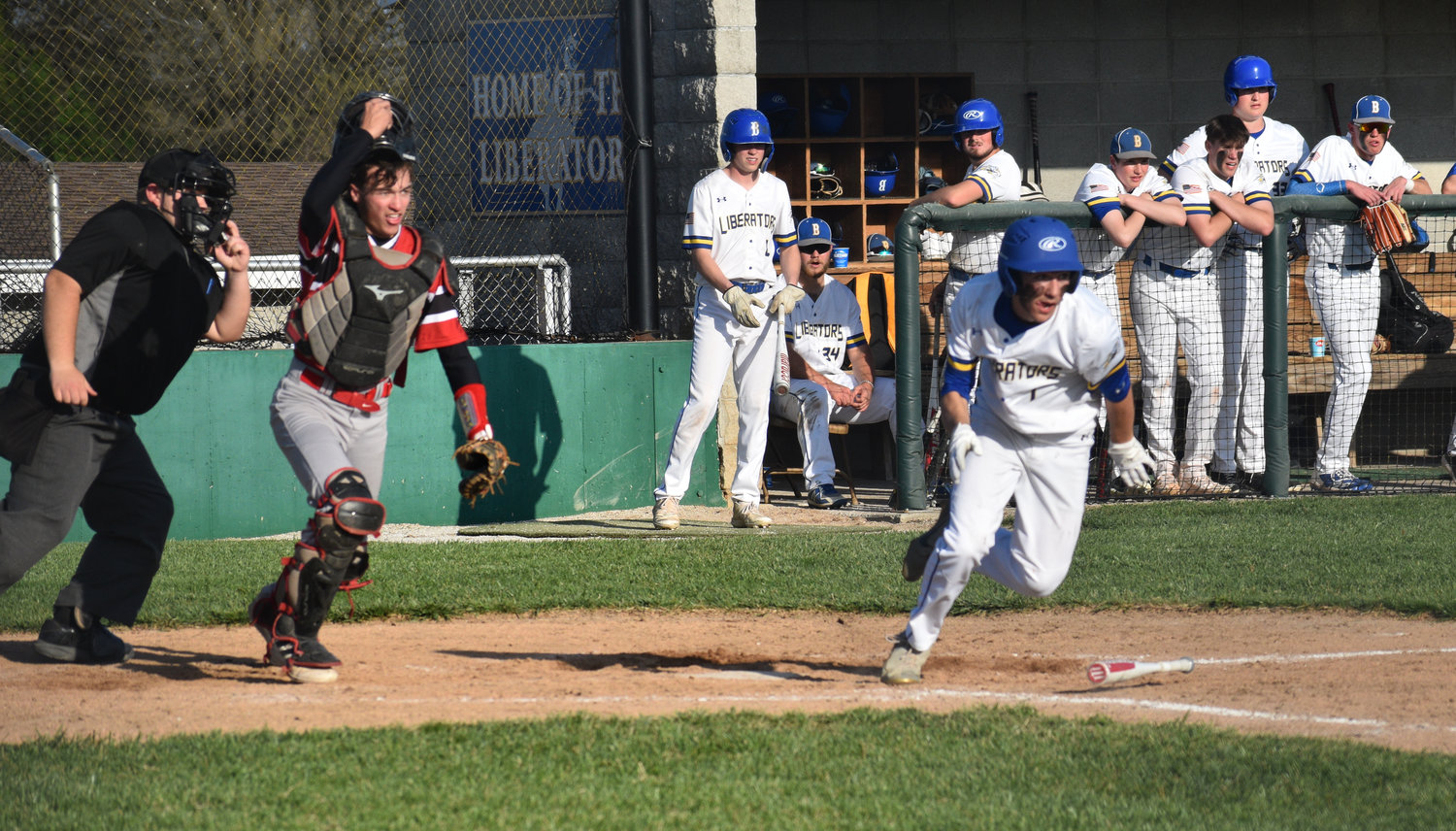 Batter Deacon Sharp sprints out of the box on a ground ball in the infield.
STAFF PHOTO/JILL WAY 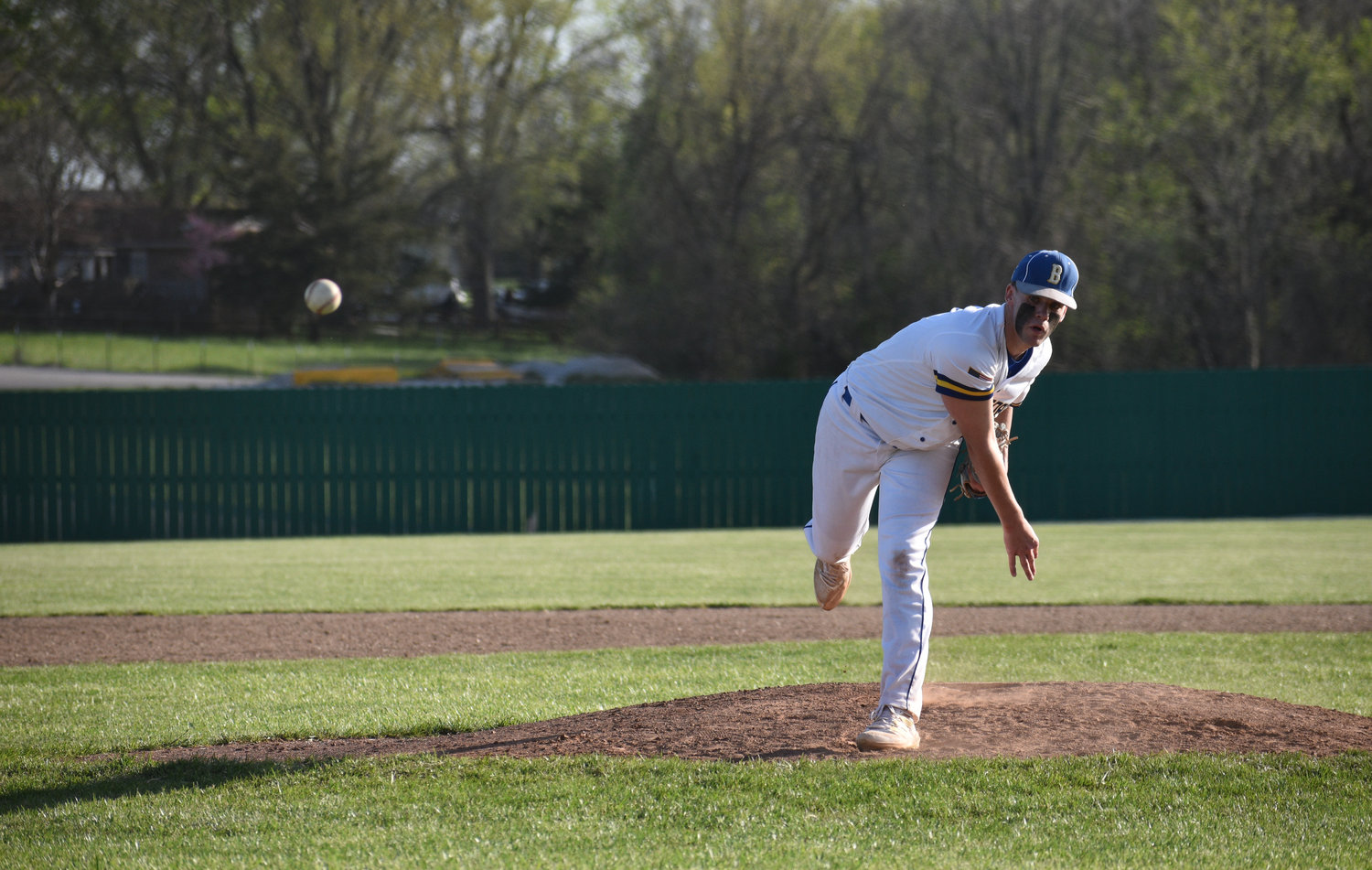 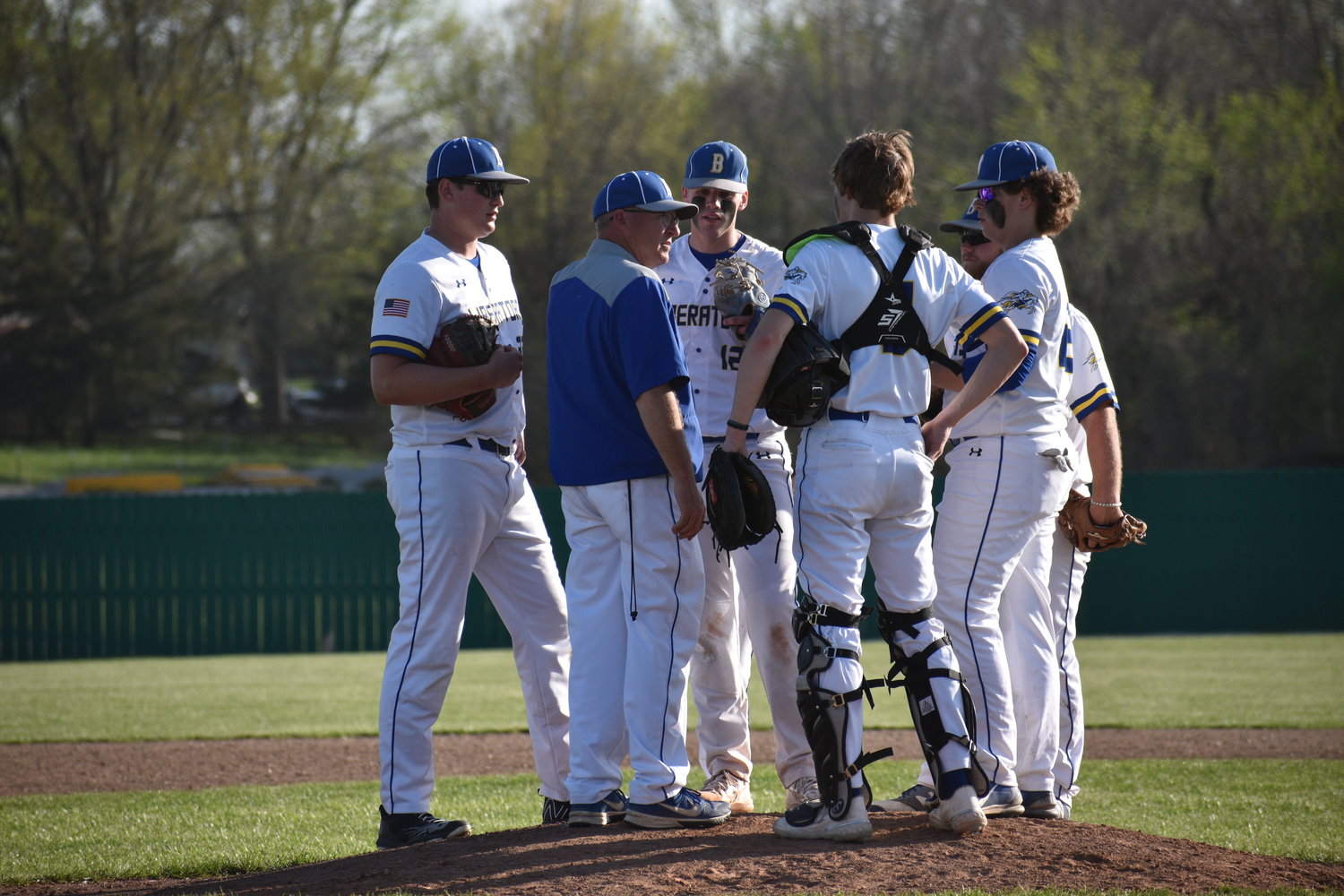 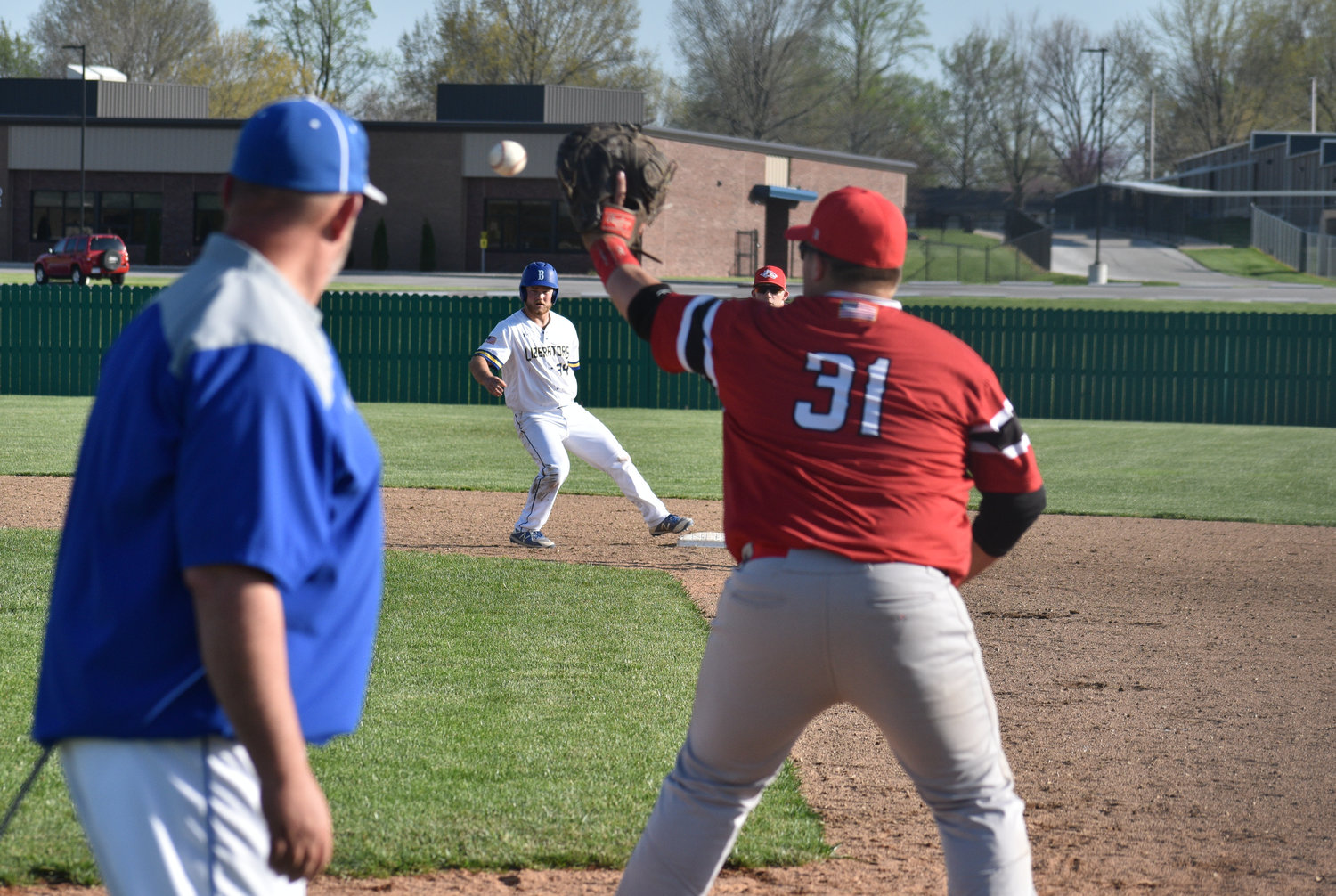 EJ Ingram tags up at second base as the throw comes into first.
STAFF PHOTO/JILL WAY 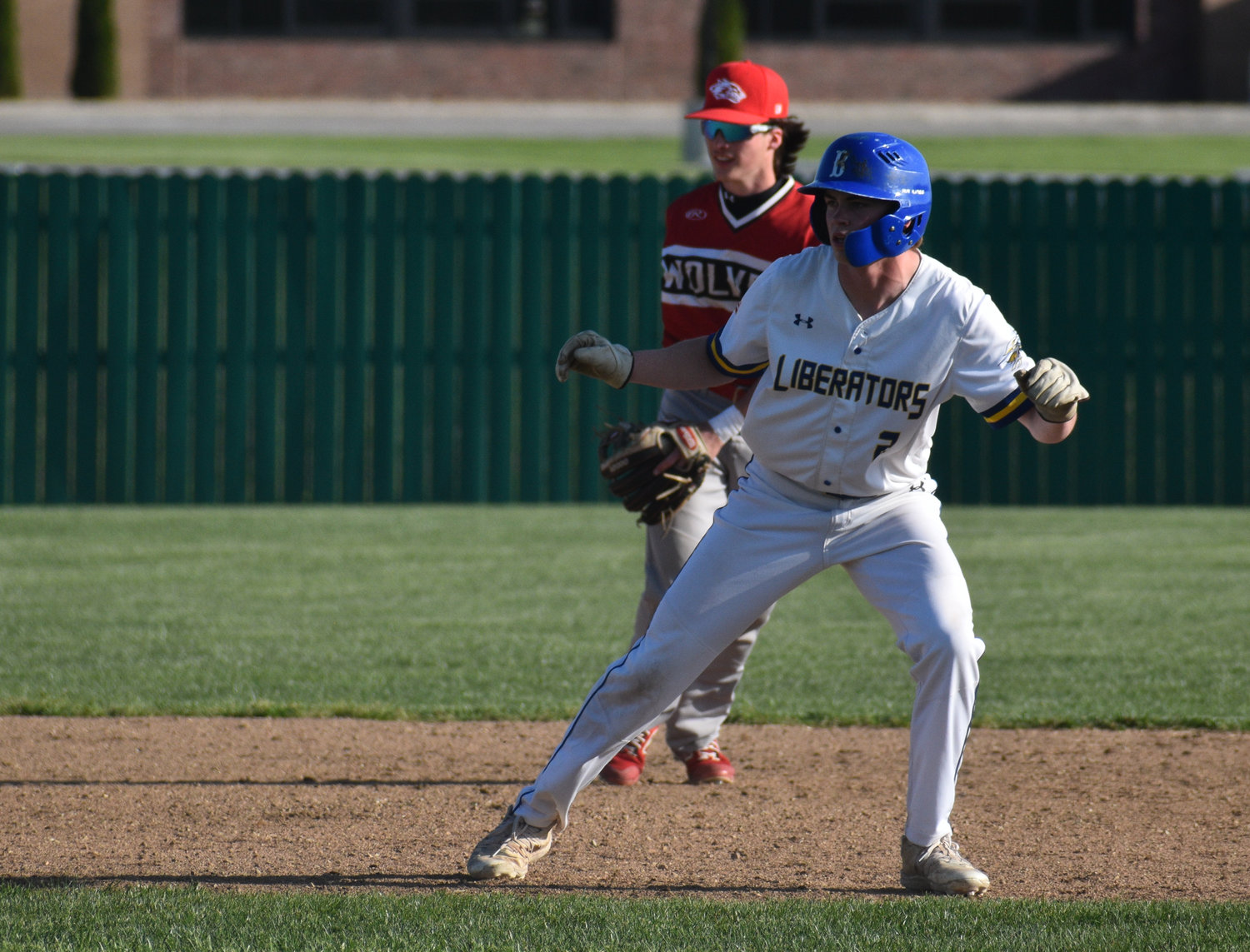 Bolivar High School varsity baseball won its game against the Reeds Spring Wolves 6-4 in a close matchup on Friday, April 29.

In a game reflective of the previous day’s weather, the 7-2 Liberators battled the wind and a rocky Wolves pitching staff in a back-and-forth contest.

Friday’s game followed a Thursday attempt at home against Glendale, but the contest was postponed due to lightning and then canceled on account of a tornado warning and more severe weather.

“Friday was a crazy day with the wind. That is just part of playing baseball,” said Roweton. “The spring winds are definitely a factor, and you just have to learn to deal with them. I thought both teams handled it well, and we had a good baseball game.”

During the prior week, Bolivar’s varsity squad faced off against tough opponents, getting wins over Nevada 4-1 and Hillcrest 8-3.

“We had a nice week last week,” head coach Brad Roweton said. “Three wins over three good teams — Nevada, Hillcrest and Reeds Spring. Every game was close, and we were happy to come out on top of them.”

The Wolves’ offense opened the scoring with a run in the first, which was quickly answered by a pair of Bolivar runs in the bottom half of the inning. Scoreless action followed in the next three innings.

The Reeds Spring squad took the lead back in the top of the fifth with a pair of runs scored on fielding miscues.

The bottom of the fifth inning saw the Liberators take the lead back for good.

Reeds Spring brought No. 4 Johnathan Foster in to relieve the Wolves’ starter No. 6 Koby Essary.

The Wolves tallied one more run in the top of the 7th inning, but the Bolivar squad held on to secure the win.

Reeds Spring is a frequent opponent of the Liberators, with the teams squaring off every season since 2008. Prior to Friday’s game, the Liberators went 8-6 during that time.

The win held a different feel from last season’s 15-5 loss at the hands of the Wolves.

Senior Kaden Degraffenreid continued his April offensive streak by adding a double and a run scored.

The Liberators played Conway on Monday, April 25, and faced off against Rolla at home Tuesday, April 26. The scores of those games were not available as of press time.

The team then travels to Lebanon on Thursday, April 28, and to Warsaw on Friday, April 29. They play at home next against Stockton at 4:30 p.m. Monday, May 2. 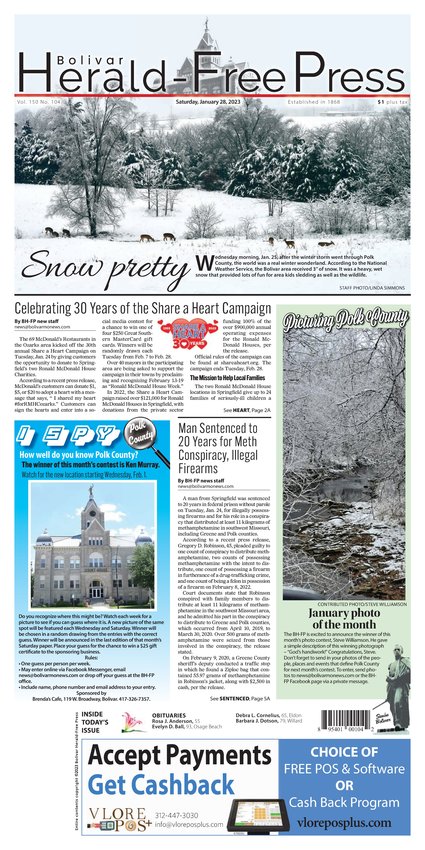